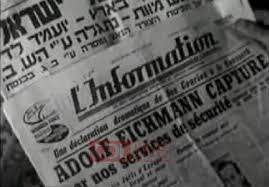 True, the Israeli spy agency Mossad has some negative media attention and is frowned upon by some Western intelligence agencies for spying on them. Still, I commend Mossad for one of the most beneficial covert operations conducted by any spy agency...the abduction of the fugitive Nazi war criminal Adolf Eichmann. They captured him in Buenos Aires and brought him back to Israel where he was hung in 1962.

Journey through the Caribbean islands and Florida Keys with CIA Spymaster Corey Pearson!

Mossad operative Rafi Eitan was named leader of an eight-man team, most of whom were Shin Bet agents. They arrived in Buenos Aires in April 1960, after Eichmann's identity was confirmed, and put him under surveillance until they had his daily routine down pat. Eichmann arrived home by bus from work at around the same time every evening, so they jumped him as he walked by a vacant meadow by the bus stop he so often used. The mission was almost abandoned on the day they planned to abduct him, for he didn’t show up at the bus stop at the usual time. The team stayed in place, waiting, and a half-hour later Eichmann arrived and got off the bus. Mossad agent Peter Malkin nonchalantly walked up to him and asked in Spanish if he had a moment. Eichmann panicked and tried to leave, but two more Mossad men appeared from the meadow and the three wrestled him to the ground. After a struggle, they forced Eichmann into a waiting car and hid him on the floor under a blanket.
It was a wonderful Mossad mission because of the nature of Adolf Eichmann. He was in charge of transporting millions of Jews to concentration camps, where they were gassed to death. Eichmann said towards the end of the war that he would leap laughing into the grave because the feeling that he had five million Jews on his conscience would be for him a source of extraordinary satisfaction.
Thank you for that one, Mossad!

Robert Morton, M.Ed., Ed.S. is a member of the Association Of Former Intelligence Agencies and writes about the U.S. and foreign intelligence agencies. He is author of the Corey Pearson- CIA Spymaster in the Caribbean spy series.

Posted by Corey Pearson- CIA Spymaster at 10:53 AM