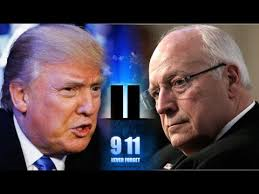 After reading Susan Hasler's book "A Novel Of The CIA," I thought about Trump's belittling of the CIA and NSA and how these agencies have become political pawns. Everything in her book is relevant to what's happening today under the Trump administration.
Hasler describes the world of CIA analysts: they work deep within the bowels of the CIA and sift through mounds of incoming intelligence from various collection sources: overseas case officers and their recruited spies, spy satellites and all types of electronic eavesdroppers, OSINT research of foreign press, the diplomatic service and military attaches…the list is endless.
The pile of raw data keeps piling up, minute-by-minute, hour-by-hour. By the day’s end, thousands of reports lay on their desks. They analyze the origins of them all, including the reliability of each source and how productive it has been in the past. Each report is rated as to its urgency and the extent to which it is to be distributed (who sees it) is determined.
She describes how dedicated analysts weigh all the incoming evidence into a cohesive whole and avoid “choosiness,” or cherry-picking some bits of information while ignoring others. Unfortunately, “hired pens” exist who pick and choose only what the policymakers want to hear.
When Dick Cheney made dozens of unprecedented visits to the CIA HQ at Langley, he pressured the CIA’s managerial staff to ensure such “hired pens” select from their intelligence piles only that evidence which suggests Iraq could have been involved in the attack.
Cooking the intelligence to suit the policy-maker’s liking and playing fast and loose with the professional intelligence collection and analysis process is what happened during the Bush administration.
After the 9/11 attack, hundreds of CIA analysts focused on finding out who the al-Qaeda leadership were, where they were at, and the best way to hunt them down and kill them. Their manhunt was immediately terminated. Pressured by their managers after another Dick Cheney visit, they were directed to refocus back on Iraq and Saddam Hussein.
The CIA management pulled the analysts who were the most knowledgeable on Iraq away from hunting down bin Laden and al-Qaeda and reassigned them to refocus on Iraq. The managers told them, through heavy sighs, that Vice-President Cheney was taking them to task for not doing the job properly on Iraq. The VP was upset that the CIA is was not doing its homework on Iraq.
Even though Baghdad didn’t fly airliners into the twin towers, the overworked, understaffed, and overextended lowly analysts within the bowels of the CIA sifted through the rising piles of incoming intelligence on their desks, searching not for the whereabouts of bin Laden and al Qaeda or Saudi Arabia connections to the twin towers attack, but for Iraqi ties.
Vice-President Dick Cheney wanted a complete and thorough assessment of all possible Iraqi connections to 9/11 on his desk in two days. As the actual schemers who killed 2,996 people and wounded 6,000 were retreating deep underground, the lowly CIA analysts fretted over the possibility that bin Laden and al-Qaeda may be planning a follow-up attack. They knew that Iraq wasn’t behind the strikes but were forced to refocus on preparing a fabrication for Cheney and other policymakers to regurgitate on CNN, MSNBC, Meet the Press and, of course, a sympathetic Fox News.
Despite a herculean effort, a case to be made against Iraq involved in 9/11 couldn’t be made. A great read.