CIA "Torture" shouldn't be an issue in Gina Haskel confirmation 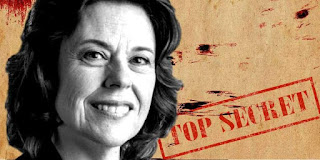 Gina Haspel's selection for possible CIA director has brought back the "torture program" issue and I have some thoughts on it. In 2012, the Senate Intelligence Committee approved a report on the CIA's post-9/11 interrogation program. Despite the news media hype and grandstanding machinations by politicians, no new surprises or revelations existed within the document.
After conducting OSINT research and interviewing a few professionals in the U.S. Intelligence Community (IC), I couldn't uncover any startling new details about the CIA's detention and interrogation program, nor could I find evidence that the CIA lied to the Senate Intelligence Committee about it.
From the start, our senators were fully aware of the intelligence operations undertaken after 9/11. Senate Intelligence Chair Dianne Feinstein (D-Calif.) knew that the CIA created clandestine 'black sites' and used 'enhanced-interrogation techniques' in each of them, even though she speaks negatively of them now.
I wanted to hear the facts about the EIT program, so I planned a trip to hear Jose A. Rodriguez, Jr. talk at an Association Of Former Intelligence Officer’s (AFIO) luncheon. Unfortunately, I couldn't make the meeting. However, I learned much about the presenter, Rodriguez, who is a former CIA National Clandestine Service Director and was the person who, after 9-11, was appointed to lead the U.S. counterterrorism operations and oversee the highly controversial enhanced interrogation technique (EIT) program.
At the time, America was expecting another imminent terrorist attack and the program was consensually agreed upon by politicians on both sides of the aisle. They felt our intelligence agencies needed to obtain vital and timely information from terrorists who were bent on killing as many Americans as possible.

Take a bumpy espionage and counterterrorism journey through the Caribbean and Florida Keys with CIA spymaster Corey Pearson!

Rodriguez was a good choice. He served the United States for twenty-five years as an undercover officer before bringing his wealth of field knowledge to the CIA’s Counterterrorism Center (CTC). He was one of America’s top undercover operatives and was hired to, basically, use “hard measures” to thwart terrorist’s plans that targeted the U.S.
I read the transcript of Rodriguez’s AFIO luncheon lecture. He discussed how the CIA’s undercover operations and tactics were implemented during the George W. Bush presidency, how they were approved at the highest levels of the U.S. government, how they were certified as legal by the Department of Justice, and why they were supported by bipartisan leadership in the congressional intelligence oversight committee.
In April, Gina Haspel will be grilled by Republican senator Rand Paul and others during her confirmation hearing because of her involvement in that program. Rodriguez and the CIA will, no doubt, come under relentless criticism and smear campaign rhetoric.
I urge Rand Paul and others to not forget the stark realities of 9/11. America’s psyche was devastated and the nation demanded further action and stronger responses. “Touchy-feely" hand-holding, "tell-me-all, I'm your friend" sessions with terrorist detainees would not have been an appropriate response to the deaths of thousands of fellow citizens trapped in the twin-towers, helplessly pinned inside the Pentagon or held hostage on board the commercial airliner that crashed in a rural Pa. countryside. Grieving and anxiety-ridden Americans feared that another terrorist attack was in the making.
Time moved on and as the shock of 9/11 faded, the support that the CIA enjoyed and deserved gave way to shortsighted and potentially dangerous political correctness. The tools to which effective counterintelligence and counterterrorism relied upon had been neutralized by lack of funding and ineffective legislation. CIA and FBI counterintelligence agents were hamstrung, spread thin, overworked and subject to ridicule and prosecution for their involvement in the interrogation program.
In his book “Hard Measures,” Rodriguez reflects on the justification for the techniques used and why they were necessary, why they worked and how, ultimately, they saved American lives and contributed to the capture of the world’s most-wanted terror operatives, including Osama bin Laden.
On April 29, 2012, I watched the “60 Minutes” program that grilled Jose Rodriguez about the EIT program. It was an unbalanced 'script' skewed heavily by its critics and included grandstanding politicians who claimed to be "experts" and stood on the sidelines to lob stones at CIA officials, like Rodriguez, who were in the 9/11 trenches making tough, real-time national security decisions.
Jose Rodriguez showed no regrets about the CIA using "enhanced interrogation techniques." His interviewer, Leslie Stahl, exhibited intimidating body language, including raised eyebrows, and it was obvious that she considered EIT’s an unnecessary evil and unbecoming of the U.S.
Rodriguez countered by emphasizing that the program’s EIT methods proved effective in getting information from high-level detainees like Khalid Sheik Mohammed and Abu Zubaydah, who gave their best information only after the harsh treatment.
During the upcoming confirmation hearings to decide if Gina Haskel should become CIA director, I urge the committee members to remember how tumultuous the times were when she was ordered to oversee the CIA “black site” prison in Thailand.
Such torture programs are unlikely to return, and many CIA agents never favored them to begin with. I attended an AFIO luncheon last year in San Francisco and heard a talk by General Michael Hayden, the former director of the CIA and NSA. He stated firmly, “Over my dead body will the torture program ever be reinstated.”
I think CIA Deputy Director Gina Haskel feels the same way.