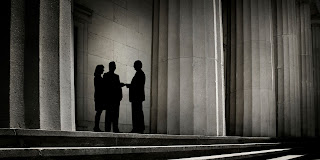 JOIN HERE! and enjoy free monthly updates on U.S., Russian and other foreign intelligence agency happenings.
Check out the latest "Spy Agency Happenings!" newsletter. I search through over 150 U.S. and foreign newspapers and journals and hand-pick relevant items centered around a theme for each newsletter.

Robert Morton, M.Ed., Ed.S. is a member of the Association Of Former Intelligence Officers (AFIO) and writes about the U.S. Intelligence Community (IC) and foreign intelligence agencies. He authors the "Corey Pearson- CIA Spymaster in the Caribbean and Florida Keys" spy thriller series.


Posted by Corey Pearson- CIA Spymaster at 8:13 AM No comments: 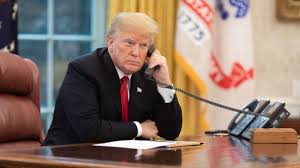 Click HERE to take the poll and to see how your response compares to other's (Feel free to leave a comment).
Posted by Corey Pearson- CIA Spymaster at 8:12 AM No comments:

It's hard for me to fathom that President Trump would meet with Kim Jong Un at the DMZ in North Korea, giving this despotic dictator acceptance on the global stage. Click HERE to see the United Nation's report on North Korea's camps, which are comparable to Nazi Germany's concentration camps. It is commonly believed that the Middle East has the worst persecutions against Christians. But this is not true. More Christian are being slaughtered in North Korea than anywhere else. Christians. 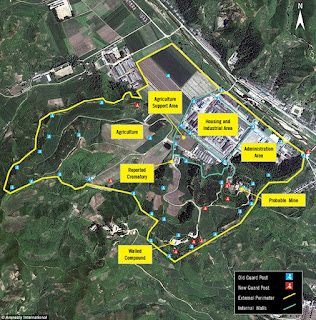 Posted by Corey Pearson- CIA Spymaster at 6:43 AM No comments:

This is an old report but it is a must read for OSINT professionals is the CRS Report to Congress entitled Open Source Intelligence: Issues For Congress (December 5, 2007, Order Code: RL34270). The CRS report summary (pgs. 24-25) mentions that OSINT was slighted in the past by the intelligence community (IC), but the consensus has changed rapidly. Thus, the Intelligence Community (IC) created the Assistant Director for National Intelligence for Open Source and the National Open Source Center.

Robert Morton, M.Ed., Ed.S. is a member of the Association Of Former Intelligence Offiers (AFIO) and is author of the "Corey Pearson- CIA Spymaster spy series." His ideas are his own and do not represent any organization he's a member of. We welcome your ideas and comments- contact us on the Secure Contact Form.

Posted by Corey Pearson- CIA Spymaster at 6:13 AM No comments:

This 2/9/19 issue of “Spy Agency Happenings!” is all about Russian disinformation, how it affects America’s democratic institutions, and how the government is combatting it.
Learn about the infamous Russian troll farm in St Petersburg and how it has ramped up its disinformation campaign against America. This pro-Putin, oligarch-funded operation spent nearly as much in the first six months of 2018 as it did the entire year before. Between Jan. 2016 and June 2018, the Internet Research Agency’s total budget was over $35 million (more than 2 billion rubles).
The 2/9/19 “Spy Agency Happenings!” issue also warns about a new hi-tech graphic that will make the spreading of disinformation and distrust online much worse than ever before. Rapid advances in deep-learning algorithms to synthesize video and audio content have made possible the production of “deep fakes”—highly realistic and difficult-to-detect depictions of real people doing or saying things they never said or did. Expect to receive this realistic trash not only from Russia, but from an ever-larger array of governments, nonstate actors, and individuals. We all will be affected as this ability to advance lies using hyper-realistic, fake evidence takes a huge leap forward.
The issue also reports on how the U.S. Cyber Command targets individual Russian operatives to try to deter them from spreading disinformation to interfere in future elections, telling them that American operatives have identified them and are tracking their work. The Justice Department outlined a campaign of "information warfare" by the Russians aimed at influencing the midterm elections- it highlights the broad threat that the American government sees from Moscow’s influence campaign.
The newsletter also introduces a website called Polygraph.info, which is not run by the White House, State Department or CIA. It published recordings by Russian trolls from one of its reporters who got them from a source close to the Kremlin. Polygraph is a relatively new fact-checking arm of an obscure, diminutive media effort by the U.S. to highlight Russian misdeeds and counter Russian propaganda.
Lastly, view our VIDEOS section of the 2/9/19 “Spy Agency Happenings” issue! It’s devoted to Russian disinformation-spreading. The videos show how Russian trolls collect your personal information, how they weaponize your social media feed, the inside of Russia's internet 'troll factory', and how to spot a Russian troll online. One video shows how Tucker of Fox News pushes 'Russian propaganda'.
Enjoy this 2/9/19 issue of “Spy AgencyHappenings!”.

This 12/29/18 Spy Agency Happenings! Issue is all about the widening gap between President Trump and the U.S. Intelligence Community. The president has repeatedly rejected the conclusions of the CIA and FBI on major foreign policy issues. Why did President Donald Trump rebuke America's Intelligence Community and fail to endorse their assessment that Russia interfered in the 2016 presidential election, saying he doesn't "see any reason why" Russia would be responsible?
As the months rolled on into his presidency, it became clear that President Trump had no use for intelligence professionals’ assessments on a range of other issues. He criticized the intelligence agencies’ findings on Saudi Arabia, North Korea Latin America and Iran.
*We ask why if Putin and his FSB spyagency have compromised President Trump?
*We wonder why President Trump called the FBI a “cancer” on America?
*We delve into the reasons why Trump doesn't like to read and skips the daily written intelligence report, the President's Daily Brief (PDB), unlike past presidents.
*We explore why President Donald Trump considered revoking the security clearances of at least six former national security and intelligence officials who have been publicly critical of his administration.
*We show 8 videos that explain Trump’s rocky road with the U.S. Intelligence Community and show his actual trash-talking the IC. One of the videos is particularly interesting- it shows the consequences of his blasting the IC.
And, there’s much more! We hope you enjoy this 12/29/18 Spy Agency Happenings! Issue.

THIS ISSUE OF SPY AGENCY HAPPENINGS! Trump and the U.S. Intelligence Community 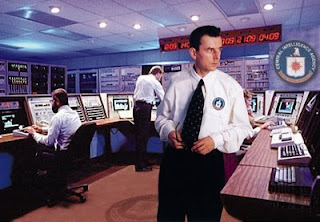 Posted by Corey Pearson- CIA Spymaster at 2:25 PM No comments:

A CIA spymaster tracks a terrorist sleeper cell through the Caribbean into America's heartland!