ABOUT OSINT NEWS & HOW TO USE THIS SITE 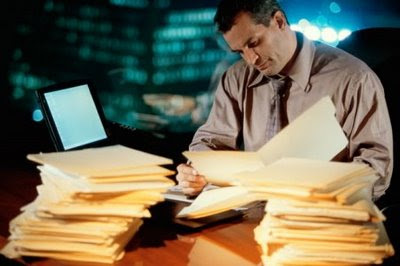 Open Source Intelligence (OSINT) is a discipline all within itself. It definitely does not involve cloak & dagger, covert collection of classified data. The purpose of this site is for me to sharpen my skills to overtly acquire information from public sources. Why? Because I’m writing a spy novel and desire to make it as detailed as possible- a reality-fiction genre. Also, I write newspaper commentaries and Op-eds that give credit to the U.S. intelligence community and always deliver an upbeat message about the 16 agencies comprising the misunderstood and egregiously maligned IC. I often wish columnists and TV anchors would forge their flimsy and negative reports about the IC with the disciplined approach that CIA analysts follow to forge their IE’s. Through mathematics and logic, the analysts' methodical and reasoned conclusions on geopolitical matters are the closest to the truth. It is the most systematic process I know of: gathering intelligence, analyzing the raw data, validating the reliability of the sources, then forming a logical, concluding depiction of the truth for our policy makers to read and accept, ignore, attempt to alter...or reject!
OSINT is an important element in this process and open-source sources are wide open for all to see! Intelligence professionals say that OSINT is “the source of first resort” for the IC to use. OSINT data can definitely support covert collection priorities in the intelligence world, even make them easier and less expensive to carry out. Apposite OSINT can quickly enlighten case officers in “real time” of the shifting cultural, economic, military, political and social nuances in unstable foreign regions. Thus, OSINT can empower case officers to verify a foreign asset’s candor and to form the right questions to ask him/her. OSINT can be integrated with classified INT’s. .

have open-source software installed in their computers. Myself, along with an unspecified number of "RC's" (retired colleagues), "do" OSINT = Inspecting, exploring, studying, listening to, attending, researching and investigating. Here's the 17 open resources we use: 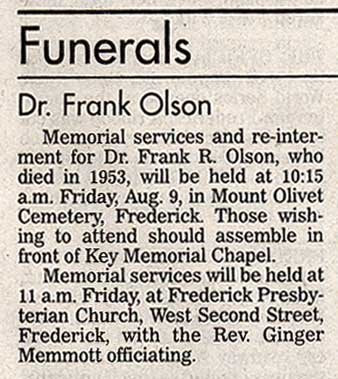 It's surprising what can be easily found in the newspapers, like this funeral annoucement for Dr. Frank Olson (photo above).

“We need to make greater use of open-source information. We need to develop a better understanding of foreign cultures and religions. Our intelligence agencies need to make greater use of newspapers, periodicals, satellite television, radio transmissions, Internet web sites, books, pamphlets, and religious tracts that will alert us to broad trends and patterns that are developing around the world.”

The Honorable Lee H. Hamilton went on to say, “For years, the open-media and educational institutions in parts of the Islamic world indicated the growing level of hatred and commitment to violence against the United States. We need to pay closer attention to what the rest of the world is saying about us.” His words can be accomplished via OSINT.
Robert Morton, M.Ed., Ed.S. is a member of the Association For Intelligence Officers (AFIO) and writes about the U.S. Intelligence Community (IC). His ideas are his own and do not represent any organization he's a member of. You may contact him on the secure Bpath Mail Form.
Posted by Corey Pearson- CIA Spymaster at 6:52 PM