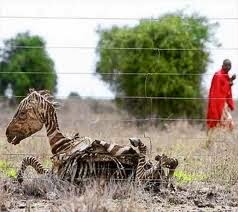 The UN reports that, after an exhaustive 6-year study, with 95% certainty, humans are the dominant cause of global warming.  When I heard the report on FOX News this morning, I thought back to Mitt Romney's mockery of global warming. He displayed an ignorance and naivety about America's national security risks. It was hard to understand this section of his RNC acceptance speech. This is what he said: "President Obama promised to begin to slow the rise of the oceans." Here Romney paused -- for 14 long seconds. "And to ...heal the planet." Three more seconds. "My promise," he said, with emphasis on the pronoun, "is to help you and your family."

There was thunderous applause and Romney gave his audience time enough to ponder and then laugh at the idea of such an ambitious promise. Slowing the rise of the oceans?!! Ha! Ha! Ha! What a joke!


Enjoy the Caribbean Islands? Like to read spy thrillers? Then the online spy series "Corey Pearson- CIA Spymaster in the Caribbean" is for you! First 3 episodes emailed to you immediately.

The national security risk that global warming + uncontrolled population explosion brings in the near future to the U.S. and our western allies is mind-boggling. Political, social, economic, and military challenges throughout China, Vietnam, the Philippines, Indonesia, India, Pakistan, Bangladesh, Central Asia, the European Union, the Persian Gulf, Egypt, Turkey, the Maghreb, West Africa, Southern Africa, the Northern Andes, and Brazil are, indeed, almost overwhelming. And, much of these upheavals are projected to rise by 2030.

I researched the current literature and interviewed two Smithsonian Institute research scientists on the issue of climate change. It's time to believe that uncontrolled  population growth plus climate change will threaten the security of the U.S. and all of Europe. We read various books, including the book by Jeffrey Mazo, who analytically reveals the frightening consequences of climate change for international security. Mazo, painstakingly, examined the science, history and likely strategic impact of climate change.

Beyond the established national security issue of overpopulation + climate change = mass migrations + unstable governments + Islamic radicalization, I feel it's inhumane to not help unstable regimes curb the burgeoning masses of people subsisting in lands that cannot support them.

According to the unbiased, scientific Population Institute report, which looks back at how the world has changed in the 12 years since the 6 billion mark was crossed, "Even though notable progress has been made in making immunizations, safe drinking water, and education more available to children in the developing world, those young people are inheriting a world in which arable land and water are in increasingly short supply, food and fuel prices are steadily increasing, rivers and lakes are shrinking, water levels are falling, temperatures are rising, drought and flooding are intensifying, biodiversity is declining, the number of failing states is expanding, and the very future of ocean habitats is threatened.”

The report challenges the notion that world population will soon peak. Noting that fertility rates are not declining as fast as many expected, the report warns that “ Adolescent pregnancy rates remain high, and with the world’s largest generation of people now entering their prime reproductive years, world population may not stabilize as soon as previously hoped or expected." 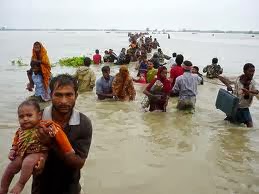 What a breeding ground and recruitment opportunity for al-Qaeda, Hezbollah, Hamas and dozens of other terrorist organization. I believe the Intelligence Community (IC), in the name of national security and humanitarianism, should dramatically increase their efforts in contraceptive usage and family planning efforts in out-of-control nations. It is these regions of the world that will breed insurrection, mass migrations, and unstable governments. The IC can't control global warming and climate change, but they can have an effect on preventing starving, desperate masses of humans from being recruited into radical Muslim ideologies.

At least, that's what the pentagon's Joint Chiefs of Staff believe. And so do I...along with the United Nation's scientists who poured through 9,000+ scientific papers on the issue of man-enhanced global warming. Glaciers are melting at a faster rate, causing water supplies to diminish in Asia. The scientists studying the Arctic were startled and alarmed...not merely suspicious...about the rate of the Arctic ice mass melt. The UN reports that rising sea levels will lead to mass migrations and displacements similar to what we saw in Pakistan’s floods last year. Arable lands needed to feed an exploding population in Africa are turning into deserts and a scarcity of water, food and space are creating failed states, instability and Muslim radicalization...as we speak.

Man's activities are greatly exacerbating climate change, and coupled with an unrestrained population explosion in poor countries,  the threats and challenges from terrorist groups throughout Europe, the Mediterranean and other regions will increase as well.
Robert Morton, M.Ed., Ed.S. is a member of the Association Of Former Intelligence Officers (AFIO) and writes about the online spy series "Corey Pearson- CIA Spymaster in the Caribbean". His ideas are his own and do not represent those of any organization he's a member of. Contact him on the Secure Contact Form
Posted by Corey Pearson- CIA Spymaster at 7:40 AM