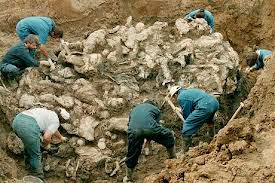 NOTE: I received this email from Paperless Archives and am passing it on to Website visitors. Apparently, you can ascertain the Bosnia War archives right away:

This should be a revealing release of now declassified information! According to the Arkansas News Bureau (9/9/13), the Clinton Library is going to release declassified Bosnia records. The Clinton library and the CIA on Thursday announced the release next month of more than 300 newly declassified documents on intelligence and presidential policy-making during the 1992-1995 Bosnia War. 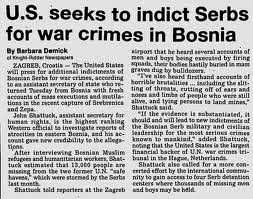 Former President Bill Clinton is scheduled to deliver remarks during a symposium Oct. 1 hosted by the Clinton Presidential Library and the Clinton Foundation. The event will mark the first time a U.S. president will participate in a CIA declassification event, officials said.


Journey through the Caribbean Islands via the online spy series "CIA Spymaster Corey Pearson in the Caribbean". The first 3 episodes will be immediately emailed to you for free! Get to know Corey and how the CIA operates!

The symposium is entitled, "Bosnia, Intelligence, and the Clinton Presidency," and examines the Balkan conflict and the role of intelligence in informing senior policymakers.

A 1995 report by the CIA stated that Bosnian Serb forces were responsible for 90% of the war crimes committed during the conflict. As of early 2008, the International Criminal Tribunal for the former Yugoslavia had convicted 45 Serbs, 12 Croats and 4 Bosniaks of war crimes in connection with the war in Bosnia. Roughly 100,000 people were killed during the war. In addition, an estimated total of 20,000 to 50,000 women were raped, and over 2.2 million people were displaced, making it the most devastating conflict in Europe since the end of WW II.


Learn more about the Bosnian War: 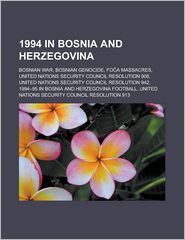