See More Videos »
Pakistanis grieved over the coffins of their relatives who attended the service or who were simply strolling past the church when the suicide bomb attack occurred in Peshawar. It was estimated that over 600 people had attended the service and were leaving to receive free food being distributed on the lawn outside when two explosions ripped through the crowd.
I think Pakistan is ready to more aggressively go after its homegrown terrorists. Interior Minister Chaudhry Nisar Ali Khan said that 78 people had been killed, including 34 women and 37 children. “Such an attack on women and children is against humanity,” he said. The dead included two Muslim police officers who had been posted outside the church.
I think Pakistan is preparing to fight back against their  homegrown terrorist threat. To find out, I inspected an excellent report on Pakistan's commitment to fighting terrorism. It's called The Creation and Development of Pakistan's Anti-terrorism Regime, 1997-2002.

﻿
I also wanted to determine if Pakistan's security forces have recently killed and jailed more of their homegrown terrorists, then they have in the past. So, I obtained information from the South Asian Intelligence Portal and their South Asian Intelligence Review (SAIR) report. The SAIR report studied the following sources- Daily Times, Dawn, The News, Tribune,Central Asia Online, The Nation, The Frontier Post and the Pakistan Observer. I found out anti-terrorist events in Pakistan from December 4-10, 2012. Here's what I found:

December 9: There were 14 militants and seven security forces among 22 persons killed during the week in the Federally Administered Tribal Areas (FATA). I've always considered the FATA regions to be terrorist breeding grounds. A US drone attack killed four militants, including a senior al Qaeda 'commander' Muhammad Ahmed Almansoor, in Tappi village in the North Waziristan Agency (NWA) of the FATA. According to The Express Tribune newspaper, he was the second militant leader to be killed by drone attacks in three days. The attack also killed three others in a village close to Miranshah, the main town in North Waziristan, near the Afghan border. The three other people killed were Almansoor’s family members.

The drone fired missiles at a house with Almansoor inside, destroying two rooms and a car. Four drones were seen flying over the area during the attack, residents and government officials said. The local sources added that Almansoor had been living in North Waziristan for a long time and used to wear the local dress. A foreigner was also reportedly killed in the attack, but his name and identity could not be ascertained as yet.
A similar attack on Thursday in North Waziristan had killed another senior al Qaeda commander, Abu Zaid, who replaced Abu Yahya al-Libi as one of the militant Islamist group’s most powerful figures. A US drone attack also killed Libi in June. I feel that the deadly U.S. drone strikes in Pakistan are necessary and effective.
December 9: Three soldiers were killed and 20 others sustained injuries in a suicide blast near the Ziari Noor Camp on the Angoor Adda Road in South Waziristan Agency.
December 9: Overall, 28 civilians and four SFs among 33 persons killed during the week in Sindh: Five persons were killed in separate incidents of violence in Karachi, the provincial capital of Sindh.
December 8: Three persons, including two Muttahida Qaumi Movement (MQM) activists, were killed in incidents of target killing in Karachi. Let's talk a bit about MQM! It stands for United National Movement and is a liberal political party in Pakistan that holds strong mobilizing potential throughout the Karachi region. It is the second largest party in Sindh and the traditionally the third largest in the country, however it currently holds fourth highest number of seats in the National Assembly while maintaining its second position in the Sindh Assembly. MQM has several chapters across the world in the United States, Canada, South Africa, several European countries, and Japan.
December 7: Seven persons were killed and at least four others injured in Karachi.
December 6: Two MQM activists and a Police Constable were among five persons killed in separate incidents of violence in different parts of Karachi.


Journey through the Caribbean Islands with CIA Spymaster Corey Pearson. Get the first 3 episodes emailed immediately for FREE!

December 6: Four suspected militants were killed when a US drone fired two missiles at a house in Mir Ali tehsil (revenue unit) of NWA.
December 5: At least six militants were killed and eight others sustained bullet injuries when Lashkar-e-Islam (LI) militants attacked pro-government lashkar (militia), Tauheedul Islam (TI), post in Bukar area of Zakhakhel in Khyber Agency.
December 4: At least four persons, including two MQM activists and a Pakistan Sunni Tehreek (PST) cadre, were killed in separate acts of violence in Karachi.
December 3: At least nine persons, including four activists of the MQM and a Policeman, were killed in separate incidents of target killing in Karachi.

Meet Corey Pearson, CIA Spymaster in the Caribbean!
(First 3 episodes immediately emailed to you for FREE!)

A Connection to the 2008 Mumbai Terrorist attack- an
update : According to a article in The Hindu (12/09/12), the Federal Investigation Agency (FIA) showed LeT terror camps’ photos evidence to the Rawalpindi Anti-Terrorism Court (ATC) hearing 26/11 case. The ATC was created in Pakistan, under Nawaz Sharif's government, to deal with terrorism cases. The FIA on December 8 presented the photographs of Lashkar-e-Toiba (LeT) training camps in Sindh and motorboats used by the 10 terrorists who attacked Mumbai on November 26, 2008 (26/11) to an anti-terrorism court conducting the trial of seven Pakistanis charged with involvement in the strikes. The motorboats and other items, currently in the custody of the FIA, were recovered in January 2009.

TTP even set up a Facebook site to recruit 'enthusiasts'. I wrote before about how this Taliban umbrella group hates the U.S. The Tehreek-e-Taliban Pakistan (TTP) has set up a page on Facebook to recruit 'enthusiasts' to write for a quarterly magazine and to edit video, spokesman Ehsanullah Ehsan confirmed on December 7. The Umar Media TTP page, which has more than 270 likes, appears to have been created in September and have just a handful of messages written in English. "Umar Media is proud to announce online jobs opportunities (sic)," says the first post on the networking website, written on October 25. Source: Daily Times (December 8, 2012). I also found an excellent collegiate research article on the TTP. Click HERE to view it.

I feel the Pakistan government has no choice but to end its homegrown terrorist problem, for it has grown to become a major and highly destructive phenomenon in recent years. The annual death toll from terrorist attacks has risen from 164 in 2003 to 3318 in 2009, with a total of 35,000 Pakistanis killed between 9/11/2001 and May 2011. The economic costs from 2000-2010 total $68 billion.
Interestingly, President Asif Ali Zardari and former President ex-Pakistan Army leader Pervez Mushaffaf have admitted that terrorist outfits were "deliberately created and nurtured" by past governments "as a policy to achieve some short-term tactical objectives".
In essence, they admitted that their country's homegrown terrorist problem is because they were embedded within the government itself. It began with Muhammad Zia-ul-Haq's  policy of "Islamization" in the 1980s, under which conflicts were started against soviet involvement in Afghanistan. Zia's tenure as president saw Pakistan's involvement in the Soviet-Afghan War and led to the migration of ideologically driven Muslims, the mujahideen, into the tribal areas along with  increased availability of guns such as the AK-47 and drugs from the Golden Crescent.
I get the feeling that Pakistan's acceptance of these terrorist groups has waned and they are becoming  unwelcomed  "guests". I see more U.S. drone strikes inside the FATA regions, especially as our massive Afghanistan troop levels shrink into a more vulnerable "advisory" army of only a few thousand. And, I see the Pakistan government ignore the drone attacks against the terrorists inside the FATA region while their own security forces more aggressively pursue them on the ground. I also envision U.S. drone surveillance planes assisting and protecting Pakistan's security forces while they do so. Yes, in that manner, the Pakistan government may welcome drones flying overhead inside their country's heartland...we shall see. 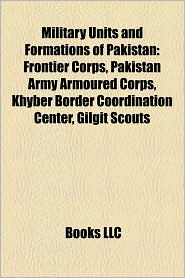