13 TELL-TALE MANNERISMS OF A HOMEGROWN TERRORIST

The Boston Marathon bombers could have been identified by neighbors and acquaintances months before their attack if certain factors were in place. Unfortunately, the 17 agencies compromising the U.S. Intelligence Community (IC) are all on “Z” while most of the American public linger behind on “A” regarding the topic of spotting possible homegrown terrorists. This discord exists partly because the counterintelligence (CI) and counterterrorism (CT) cultures keep under wraps intelligence gathered, for fear of giving away their furtive sources and methods.

Understandable, but this secrecy creates a disconnect between public participation in identifying terrorist threats and intelligence professionals diligently attempting to keep America out of harm's way. I think it can be bridged if CI and CT authorities create a pure, sanitized public relations campaign to combat terrorism, and the conduit to do so is already in place...the existing Neighborhood Watch (NW) programs.


Travel through the Caribbean Islands with "Corey Pearson- CIA Spymaster in the Caribbean"- first 3 episodes free and emailed immediately to you!
Utilizing NW citizen participation to uncover Boston Marathon bomber-types would supply CI and CT with an army of civilians already educated in identifying and reporting suspicious activity in their neighborhoods. Such a partnership would decrease the suspicion and mistrust many Americans feel toward the Intelligence Community (IC), particularly toward the CIA and NSA.

It would be a "Win-Win" decision for the IC- they would recapture the patronage of the American populace, plus their anti-terrorism efforts would be complemented with a legion of local denizens who know what’s “normal” activity in their respective residential settings. After all, to prevent local crimes, they already have been trained by local law enforcement to write down descriptions of suspicious persons and vehicle license plate numbers, models, colors, etc. Local citizens and businesses “know” their neighborhood customs and idiosyncrasies and are familiar with their neighbor’s habits, types of friends, relatives, vehicles, leisure pursuits, interests, etc.
If CI/CT representatives spoke to the local NW program in the Boston Marathon bomber's neighborhood about identifying homegrown terrorist activities, I wonder if a few suspicious eyebrows would have risen?
Terrorists expend lots of time and effort meeting with fellow radicals to plan, prepare, finance and to purchase and store materials before executing the final attack. Unseen inside a quiet neighborhood home, garage, or even workplace, they can be detected if laypeople are educated on what to look for. I offer these 13 Tell-Tale Mannerisms of a Homegrown Terrorist as a start:

1- Uncommon cell phone behavior: Terrorists need communication with others to plan meetings or buy materials and chemicals. They use multiple anonymous pay-as-you-go mobiles phones and swap SIM cards and handsets. Stolen mobiles are typical. Also, they may have large quantities of mobile phones. Several years ago, two terror suspects bought hundreds of cell phones from WalMart stores throughout Ohio and Michigan. The FBI and DHS now advises police to look out for bulk phone purchases because terrorist use them as bomb detonators or resell them to fund a terrorist attack.


2- Suspicious Passports or questionable student visas: They use multiple identities and documents. Both Boston Bombers lived were allowed to re-enter the U.S. despite having expired or invalid student visas.
3- Small truck, vans and station wagon vehicles: They need transport and will buy, rent, or lease a van or small truck for transport, even possibly for use in the attack itself. Anyone working in commercial vehicle renting, leasing or sales should be on the lookout for suspicious behaviors.

4- Excessively thorough interest in local site: Terrorists use cameras or camcorders to gain logistics and other information about potential attack sites. It helps them plan coordinated and comprehensive attacks. If you see anyone preoccupied with security arrangements, heavy pedestrian traffic, etc., report it. The Boston Marathon bombers originally planned to kill people at a July 4th celebration site. I wonder if shots of them casing out this location are stored in the memory banks of Boston's CCTV surveillance camera system.

5- Over-abundant purchases. Be on the watch for persons buying large or unusual quantities of chemicals for no reason. Anything odd, such as purchasing two pressure cookers or accumulating BBQ propane canisters from different stores falls under this category. I once conducted police surveillance at the local supermarkets for excessively large purchases of baking soda, which drug dealers used to cut their pure cocaine. We simply followed them out to the parking lot and to their home. In 2009, Zazi and three others linked to the Denver-NYC terrorist connection, bought a dozen 32-ounce bottles of "Ms. Kay's Liquid" from a beauty supply store in Denver. A store owner alerted the authorities of the suspicious purchases of peroxide and acetone products.


6- Suspicious financial transactions: They need funding and check and credit card fraud runs rampant among terrorist cells. They may open up numerous checking accounts or carry lost or stolen credit cards. Be suspicious if you see them carrying around separate check books from different banks. They may also be getting financial support from questionable sources. Ironically, Boston Marathon bomber Dzokhar received money into his prison account from supporters, up to $1,000 from one individual. I wonder if they were receiving funds before their attack.


7- Suspicious use of and heavy reliance on computers: They are on the cutting edge of organizational networking to recruit new members, raise money, organize activities, and distribute propaganda. Suspicious computer behavior, such as visiting terrorist-related websites should be a red flag. Terrorists make instant press releases after a fatal bombing attack on their respective websites. Not surprisingly, the al Qaeda web magazine "Inspire" was found on the Boston bomber's computers. Both were Muslims who gravitated to a radical strain of Islam and actually posted anti-American, jihadist videos on social-media sites.


8- Protection Paraphernalia: Terrorists often need to handle hazardous waste and radioactive, biological or other WMD material. They may use masks, goggles, thick rubber gloves, disposable or reusable coveralls, hardhats, safety glasses, chemical-resistant clothing, face shields, devices to protect their hearing or even use portable respirators that cover only the mouth and nose to large varieties that supply oxygen to self-contained suits. You may see someone carrying these items into the garage at night or find them thrown away in a dumpster.


10- Terrorists need to travel: All terrorist attacks in the last year, inside America, were from home grown terrorists. But, these radical actors were influenced, funded and trained overseas. Many U.S. citizens turned terrorists have flown to the Middle East to train and plan attacks back “home”…in the U.S. Unlike most of us who take foreign vacations, they may not freely brag about their "vacation" when they arrive back in the U.S. Be suspicious when they are vague about where they went, sites they saw, etc.

11- Change in behavior: A terrorist finalizing an attack plan may behave differently from how you’ve known them to behave in the past. Even a well-integrated homegrown terrorist who has lived and worked in a particular neighborhood gets a bit antsy as the attack plan nears fruition.

12- Strange visitations: A terrorist usually has people helping him. These people may come and go at odd hours. Trust your instincts! The Boston bombers had friends and acquaintances who were arrested shortly after the attack. Kadbayev and Tazhaykov were arrested on immigration-violation charges and overstaying on their student visas, but also were charged with destroying and hiding the bombers' backpack containing fireworks and laptop computer. Then, Robel Phillipos, a naturalized U.S. citizen born in Ethiopia and high school classmate of the younger Tsarnaev bomber, was arrested for lying to the police and covering up for them. 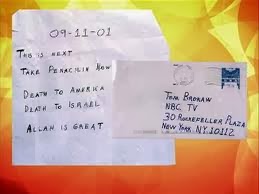 13- Overhear Threats: A true terrorist detests western democracies. Due to their uncompromising beliefs, they may get quite angry at times and shout, boast, laugh about, or mention during a normal chat their intention to harm civilians. Obstinate and unbending viewpoints may be expressed when discussing politics, religion, societal issues, etc. If you hear an intimidating or even threatening tone of voice, weigh this observation against your previous observations. Three students who knew Dzhokhar Tsarnaev told police that he dropped sinister hints before the attack, even telling them that he learned how to make a bomb!
I am deeply concerned about the problem of home-grown terrorists and the increasing number of individuals in the US becoming captivated by extremist ideology...I hope you are, too. 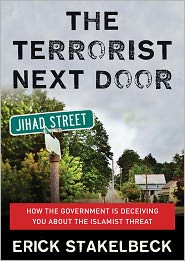