Much has been written about the state of al Qaeda and the opinions range from healthy and thriving to defunct or on the verge of surrender. So, I did some research and conclude that the al Qaeda organization has, indeed, been heavily decimated by drone strikes in Pakistan and the Arabian Peninsula. However, it has morphed and aligned itself with a variety of other insurgent movements with local, regional and global aspirations.


Enjoy the Caribbean islands? Like spy thrillers? Then journey through the Caribbean with CIA Spymaster Corey Pearson. Get the first 3 episodes for free!

Al Qaeda and its growing number of affiliates, in my humble opinion, will continue to expand in the Arabian peninsula (AQAP), East Africa, Somalia, SE Asia and in the Islamic Maghreb region (AQIM). A year ago, I wrote that al Qaeda is strengthening and not on the road to defeat. For those of you who wonder about the current state of al Qaeda, I offer four well-researched and documented studies. Enjoy!

The Quilliam Foundation study dated September 12, 2013:
A New Index to Assess the Effectiveness of al Qaeda 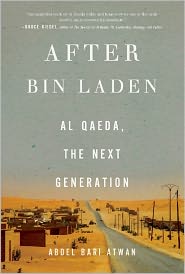