Want to learn the truth about NSA wiretapping, Edward Snowden, Manning and the FISA court? If so, here's a must- go-to workshop that is open to the public and sponsored by the New York Chapter of the Association Of Former Intelligence Officers (AFIO). It's titled "NSA Wiretapping, Snowden, Manning, and the FISA Court- as a tool of counterterrorism and national security" and the speaker is Judge Michael Mukasey, Former US Attorney General from 2007-2009. Here's the details-
Location: Society of Illustrators 128 East 63rd Street
between Lex. & Park Ave., New York, NY
Time: Monday, December 2, 2013, 5:30 - 8pm
Registration: 5:30 PM Meeting Start 6:00 PM; Note: Pre-
registration is strongly suggested,  but not required. It is
open to the public.
Contact: Email: afiometro@gmail.com or call: 646-717-
3776, Jerry Goodwin, President, AFIO New York
Metropolitan Chapter
Cost: $50/person Cash or Check at the door only.
Buffet Dinner: Buffet Dinner to follow talk Q and A.

I wrote several articles about Edward Snowden and am  also conducting a poll. Your input would be appreciated! What do you believe should happen to him? Is her your hero...or is he a traitor? Please click HERE to take it and thank you for doing so. The Snowden affair motivated me to write a rather humorous article entitled, "Let's Outsource Domestic Spying to China" (You may get a kick out of reading it). 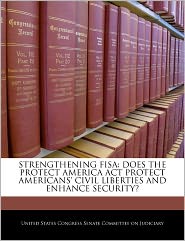 Robert Morton, Ed., Ed.S. is a member of the Association Of Former Intelligence Officers (AFIO) and writes the online spy novel series "Corey Pearson- CIA Spymaster in the Caribbean".  The views expressed on this site do not represent those of any organization he is a member of. Contact him on the Secure Contact Form
Posted by Corey Pearson- CIA Spymaster at 10:01 AM