TracTerrorism: Breaking news about political violence, the groups and individuals behind it. Their experts scan under-the-radar news sources. Based in the United States
Modern Security Consulting Group: MOSECON provides information, analysis and advice on counterterrorism, energy security and emergency services management. Based in Berlin, Germany.

Spy Eyes: A twitter account that has news updates from around the world about espionage and spying. Steers you to many informative newspaper articles.


Read the "Corey Pearson- CIA Spymaster in the Caribbean" series and get to know Corey and how the CIA and Intelligence Community operate. First 3 episodes emailed immediately for FREE!

Terrorism Information Center: An informative site, it publishes information bulletins on a range of topics related to terrorism, anti-Semitic propaganda and incitement.

All Things Counterterrorism: This is an excellent blog run by a former CT analyst and academic with background in International Relations. She offers a critical view of the war on terror. Views here are personal, but in-depth and well thought out.

Security Scholar: I like this site! It offers a security and defense outlook from an Australian's point of view. Natalie Sambhi is the editor of The Strategist and writes about military & security issues in Indonesia and SE Asia.

Voice of Russia: I visit this site often for a Russian viewpoint about world events, particularly involving espionage, terrorism, counterterrorism and counterintelligence matters.

The National Security Daily: Has information about national security, defense and terrorism as well as on the environment, politics, society, world, technology, etc.

Lastly, an effective strategy to study terrorism ad their tactics is to find their Websites and TV programs that support them, or to a lesser extent report on their activities in a supportive way. Terrorist groups know how to use and manipulate such media outlets for their own propaganda. Their are discussion boards and forums that support terrorism as well! Join them and find out what our enemies are up to! They use Facebook and Twitter to extend their global reach. That's why we chose the resource below for further reading. Enjoy! 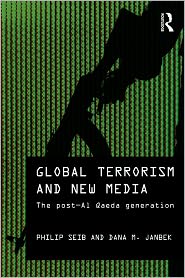 ﻿
﻿
Robert Morton, Ed., Ed.S. is a member of the Association Of Former Intelligence Officers (AFIO) and writes the online spy novel series "Corey Pearson- CIA Spymaster in the Caribbean".  The views expressed on this site do not represent those of any organization he is a member of. Contact him on the Secure Contact Form
Posted by Corey Pearson- CIA Spymaster at 11:12 AM