I came across an article written by Emad El Din Adeeb in the Asharq Alawsat, a leading Arabic daily newspaper. I read his writings often in my OSINT News research and consider him to be a reliable source to interpret the inner workings of the Arab world and their perception of the US. Recently, he discussed the assassination of the US ambassador and three other US embassy staff in Benghazi, and defined it as a terrible crime and a political disaster by any standard, not just in terms of US – Libyan relations, but Washington’s relations throughout the entire region.

Emad El Din Adeeb posed an excellent question to his Arabic readers. He wondered how the White House, State Department and Pentagon are interpreting this tragic event. Are they questioning whether or not this is the proper thanks the U.S. deserves after it helped Libya and its people
politically,  financially, militarily and security-wise? He brought up the point that, until now, his country did not know the true identity of who carried out this heinous crime, but he added that fingers are being pointed at forces comprised of remnants of the Gaddafi regime.

Read the online spy thriller series "Corey Pearson- CIA Spymaster in the Caribbean" and get to know Corey and how the CIA operates. First 3 episodes are free!

He also reports that there is unconfirmed theory that a section of the al Qaeda organization, which last year transferred from Afghanistan and Pakistan to Yemen, is now bedded down in three other territories- Syria, the Sinai Peninsula and yes, Libya. By the way, the Syrian Free Army is becoming more populated with al Qaeda fighters, to the concern of all.

It is not uncommon to see the black al Qaeda banner being raised in Yemen or Cairo’s Tahrir Square. It is no coincidence that the assassination of the US ambassador in Benghazi and the huge protests outside the American embassy in Cairo took place on the anniversary of the 9/11 attacks. It is also no surprise that the al Qaeda flag was raised outside the walls of the US embassy last week.

Emad El Din Adeeb also stated that “It is no longer surprising to see, on our television screens, trucks equipped with machine guns manned by masked figures brandishing the black al Qaeda banner”.

I believe al Qaeda is not on the road to defeat, but is strengthening more now than ever before. It still maintains a central organization with a unified command in

charge of violence and terrorist operations throughout the world. There has been a huge shift following the killing of its infamous leader Osama Bin Laden. Today, under Ayman al-Zawahiri, al Qaeda  follows different approaches based on establishing branches wherever crises are taking place, thus securing a wide-spread international presence. According to Emad El Din Adeeb, this new al Qaeda policy of establishing branches and units across the region will make it difficult for armies, regimes and conventional intelligence services to counter them.
He further wrote in the Asharq Alawsat, “This situation will create a state of turmoil and chaos that cannot be controlled, not just during the era of the Arab Spring, but following it as well. The current assassination attempts against Yemeni officials following regime change, the Benghazi operation following the collapse of the Qaddafi regime and the protests outside of the US embassy after Mursi came to power- all represent evidence that al Qaeda lives on as a new chapter in the post-Arab Spring era”.
I agree with US policy makers inside the Obama administration and within the Intelligence Community (IC) who believe the attack on the US Libyan embassy and the recent killings were purposeful, coordinated and pre-planned... by the new al Qaeda that Emad El Din Adeeb
describes. I also believe that the ultra-right religious factions in the US may result in many more American deaths throughout the Middle East. The ridiculous video produced by a right-wing evangelical christian spawned the Middle East protests against the U.S. And, it isn't the first time such chaos was instigated. Most Christians do not hate un-radicalized Muslims, however, some of America's right-wing, evangelical "Christians" are, indeed, bigoted and prejudiced toward Muslims.
It's unfortunate that the masses of Muslims and Christians cannot chastise the small percentage of their peers who decide to become murderous terrorists and bigots. Perhaps our Intelligence Community (IC) and State Department can join hands and, in some way, afford them avenues to do so?
Allow me to discuss a bigoted, right-wing

Christian who mended his ways. In the 1980s, a man named Siljander was a conservative republican from Michigan who entered Congress roughly the same time Newt Gingrich and Tom Delay did. He was prepared to mold the world into his own fundamentalist, right-wing religious mindset. A staunch member of the Religious Right, he even walked out of the National Prayer Breakfast when a speaker quoted from the Qur'an.
After he lost his reelection, he scrutinized the Bible, searching for passages that verified it was his mission to convert others to Christianity in order to save them from eternal damnation. He came up with zilch and couldn't even find a passage saying that Jesus set out to form a new religion. This discovery was the first step on a spiritual and political journey that started with an in-depth linguistic study of the Bible and led to the discovery that Christianity and Islam share many base words and concepts.
Ironically, Siljander became United Nations ambassador and began sharing his insights on the common grounds shared by both Islam and Christianity. He traveled to unfriendly places around the globe- Libya, Sudan, Pakistan, and India- and tried to forge relationships with both heads of state and religious leaders. Is it possible that this man's quest could be a way to radically shift the present religious landscape and help heal the rift between Islam and the West? Could there be Global Summits between Muslim and Christian leaders to ascertain where they agree and disagree? After all, Mullahs and pastors have much the same in their breeches as the rest of us!
In the book Because They Hate, Brigitte Gabriel describes how she lost her childhood to militant Islam. After reading about her plight, I abandoned the idea of Global Summits to reconcile differences between Christians and Muslims and to defuse the radicalization of Muslims. Militant Islam will never sit down and reconcile ideological differences with western religious leaders, diplomats, Christians, NGOs...or any other person or organization.
Gabriel describes the true nature of radical Islam and warns that the US is threatened by fundamentalist Islamic theology in the same way Lebanon was and still is. Radical Islam will stop at nothing short of domination over all non-Muslim countries. Gabriel saw this mission start in Lebanon and sees in the West a blatant ignorance of the ways and thinking of the Middle East. America and the West have  consistently underestimated the single-mindedness with which all of fundamentalist Islam, specifically radical Muslims and al Qaeda, have  pursued their common goals over the past thirty years.
I was hopeful that a Global Summit would lead to the understanding that everyone ought to worship God according to their own inclinations, and not be constrained by force. It is a mere pipe dream...I wish I had a magic wand. I'd wave it to end the stark reality that Christians suffer a far greater hostility from radical Muslims throughout the Middle East than Muslims do from Christians throughout America and Europe. As I witness Saudi Arabian funds pour into America to build mosques to spread their word, I realize that  Christianity and America show far more humanism and acceptance than the Middle Eastern countries and Islam.
In fact, Christians face torture and death throughout the Middle East from militant Islam. Evil things happen to converts to Christianity from Islam- they face being killed in Saudi Arabia, Mauritania and Iran and risk severe legal penalties in other countries across the Middle East.
The Jewish physicist, Steven Weinberg once said, "With or without religion, you would have good people doing good things and evil people doing evil things. But for good people to do evil things, that takes religion. I disagree with Weinberg. The religion doing evil things today is radical Islam, not Christianity. I think Brigitte Gabriels has it right. For now, I'll put away my magic wand and deep six the idea of a Global Summit...for now.


Our Pick!﻿
Expand your knowledge on this topic﻿ 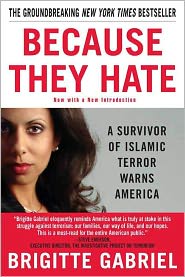 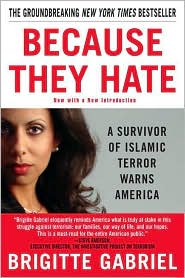 
Robert Morton, Ed., Ed.S. is a member of the Association Of Former Intelligence Officers (AFIO) and writes the online Spy thriller "Corey Pearson- CIA Spymaster in the Caribbean." The views expressed on this site do not represent those of any organization he is a member of. Got a thought, article or comment you'd like to submit? Contact him on the SECURE CONTACT FORM
Posted by Corey Pearson- CIA Spymaster at 9:34 AM