Open Source Intelligence (OSINT) is a discipline all in itself. It does not involve cloak and dagger, covert collection of classified data. Instead, OSINT analysts acquire information from public sources.


Read "Corey Pearson- CIA Spymaster in the Caribbean." An online spy series with the first 3 episodes for free! Learn how the CIA works and meet Corey!

﻿
I use OSINT methods for a variety of reasons. First, I write an online spy series called "Corey Pearson- CIA Spymaster in the Caribbean" and strive to make each episode as factual and realistic as possible- a reality-fiction genre. Also, I write newspaper commentaries and Op-eds about the U.S. Intelligence Community (IC). The IC is comprised of a heavily-maligned group of agencies and I often wish Hollywood producers, newspaper columnists and TV anchors would forge their flimsy and negative reports about the IC with the same disciplined approach that CIA analysts follow to produce their Intelligence Estimates.
OSINT collectors should apply the same mathematics and logic that are used by IC analysts, for their methodical and reasoned conclusions on geopolitical matters have to be, by necessity, the closest to the truth. To produce a reliable intelligence product for the President and other policy-makers, they go through a systematic process of gathering intelligence, analyzing the raw data, validating the reliability of the sources, then forming a logical, concluding depiction of the truth. Our President, political leaders and policy makers can accept, ignore...or reject the analyst's conclusions!
Open-source intelligence gathering is an important element in this process. The IC defines it as intelligence "produced from publicly available information that is collected, exploited, and disseminated in a timely manner to an appropriate audience for the purpose of addressing a specific intelligence requirement".
The open-source sources I use are, indeed, "publicly available" and wide open for all to see. Intelligence professionals say that OSINT is “the source of first resort” that the IC uses. It complements covert collection priorities and makes them easier and less expensive to execute.
Apposite OSINT can quickly enlighten case officers in “real time” about the shifting cultural, economic, military, political and social nuances in unstable foreign regions. It also empowers them to verify a foreign asset’s candor and to form the right questions to ask. This real-time usage of OSINT can aid in an interrogation process, as well as be embedded into classified INT’s.
With much diligence, authors, journalists, intelligence professionals, and laymen alike can use OSINT analysis to  gather significant raw data on a number of issues. The methods of OSINT are endless and involve inspecting, exploring, studying, listening to, attending, researching and investigating a myriad of sources. These sources include foreign newspapers - professional journals - magazines - radio stations - television - newspaper forums- Wikis/P2Psharing/Blogosphere/Blackberries-MySpace - Wikipedia - deli.icio.us -Amazon.com - contracts awarded - professional conferences and symposia - professional associations - academic papers…like I said, the list of OSINT sources is endless!
Meet Corey Pearson- CIA Spymaster in the Caribbean. First 3 episodes are free!
﻿
﻿
To ascertain the critical importance of OSINT usage, I refer to the testimony of the Honorable Lee H. Hamilton
Before the Senate Select Committee, House Permanent Select Committee on Intelligence Joint Inquiry into events surrounding September 11. It was held on October 3, 2002.
Hamilton, second from left

Senator Hamilton stated, “We need to make greater use of open-source information. 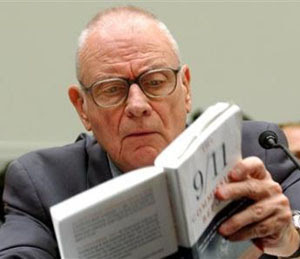 We need to develop a better understanding of foreign cultures and religions. Our intelligence agencies need to make greater use of newspapers, periodicals, satellite television, radio transmissions, Internet web sites, books, pamphlets, and religious tracts that will alert us to broad trends and patterns that are developing around the world.”

The Honorable Lee H. Hamilton went on to say, “For years, the open-media and educational institutions in parts of the Islamic world indicated the growing level of hatred and commitment to violence against the United States. We need to pay closer attention to what the rest of the world is saying about us.”
I agree, especially after the Boston Marathon bombings and Fort Hood shootings. It appears many of our policy-makers and politicians have their heads in the sand regarding homegrown terrorism and the ever-increasing presence of radical Islam in the Western hemisphere. Radical Islam is no longer pursuing a defensive Jihad, or simply attempting to drive American and Western influence out of the Middle East. Instead, they are waging an offensive Jihad with the global goal of disrupting Western governments and replacing them with Islamic caliphates governed by Sharia law. As their populations burgeon in the UK, France, Spain and much of the EU, their offensive Jihad is gaining influence. 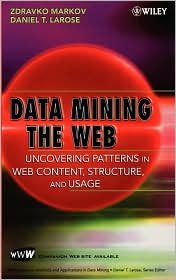