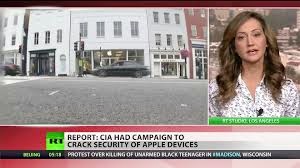 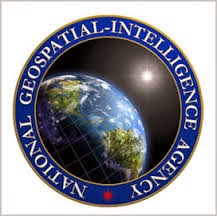 National Geospatial Intelligence Agency (NGA): Where will its new HQ be? Illinois Gov. Bruce Rauner is desperately getting it be relocated near Scott Air Force Base. The federal government is mulling over several locations to relocate the NGA’s facility, which is currently in south St. Louis. That includes a location near Scott Air Force Base, as well sites in north St. Louis, south St. Louis County and Fenton.
Note: Many feel the NSA is not the most-secretive intelligence agency, but the NGA is. Watch this video:
﻿

~
The Air Force Intelligence Surveillance and Reconnaissance Agency(ISR): It is realigned from Headquarters Air Force as a Field Operating Agency to become part of a new operational Numbered Air Force, or NAF, under Air Combat Command, or ACC, officials said July 11. 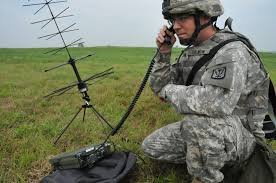 U.S. Army Intelligence
U.S. Army Intelligence: A U.S. Army intelligence photographer, who served in the 1st Infantry Division "The Big Red One," spoke at the Northwest Regional Library in Fort Myers, FL about her experience. Rebeca Brown, who moved to Southwest Florida from Los Angeles 10 months ago, joined the Army in 1980 and served until 1984.

~
Office Of Naval Intelligence (ONI): The ONI is concerned as China expands its navy. China’s navy chief, Adm. Wu Shengli, strolled the Harvard University campus in a tweed blazer and slacks during a visit to the U.S. last fall, joking with students and quizzing school officials about enrolling some of his officers.

~
Dept. of Energy Office of Intelligence and Counterintelligence (DOE): The Energy Department's Joint Cyber Coordination Center was born out of a major cyber attack that impacted more than 50,000 of its employees. Now the JC3 is providing more cybersecurity capabilities and a better understanding of the threats the agency faces than first imagined.
Robert Morton, Ed., Ed.S. is a member of the Association Of Former Intelligence Officers (AFIO) and writes the online spy novel series "Corey Pearson- CIA Spymaster in the Caribbean".  The views expressed on this site do not represent those of any organization he is a member of. Contact him on the Secure Contact Form
Posted by Corey Pearson- CIA Spymaster at 8:34 AM