Putin ramps up espionage activities against the U.S. and NATO 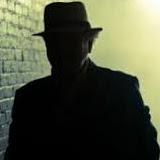 The U.S. Intelligence Community (IC) worries over Putin’s cyber-attacks against the DNC, but they’re more concerned about other espionage activities the Kremlin is ramping up.
In this issue of the "Russian Spy Agency Happenings!" newsletter, we focus on Putin's new aggressiveness in espionage and counterespionage, including a story about Frederico Carvalhão Gil.
Gil, a high-ranking member of Portugal’s Security Intelligence Service, was arrested for passing secrets to his Russian handler, an officer of Putin’s SVR spy agency. They were six highly-classified documents containing information that is critical to the West’s defense: NATO defense systems and communication infrastructure between member countries and military bases.
Subscribe to the "Russian Spy Agency Happenings!" newsletter, your portal timely events inside Moscows intelligence community.
Gil was followed to Rome by Portuguese counterintelligence officers, since he was already suspected of being a Russian mole planted inside Portugal’s secret intelligence service. As the CI team tailed him, he entered and exited numerous shops, trying to throw them off, or to detect their presence. He failed, thank goodness.
Both Gil and his Russian handler were arrested, and the top-secret documents were recovered. Because of this and numerous other incidents, it appears Rome, Italy is Russia’s espionage hub and contact place between his SVR agents and the spies they recruit, like Frederico Carvalhão Gil.
U.S. Intelligence realizes that the Russian SVR has permeated NATO delegations that frequent its headquarters in Brussels. That’s why the size of non-member state delegations at the HQ have been severely limited- to cut down on Russian intelligence officers’ operating inside. Russia had three times as many delegates as any other non-NATO nation operating inside NATO’s Brussels headquarters, and most were there to gather intelligence (Should I say “steal” intelligence?).
President Trump may want to build a relationship with Putin, but he must realize that the Russian leader is conducting an all-out espionage assault on U.S. allies in Europe. Putin’s Federal Security Service (FSB) has been watched closely by Estonia’s Internal Security Service (ISS).  The ISS found daring attempts to undermine Estonia’s sovereignty by the FSB, such as the 2014 kidnapping of Estonian Internal Security Service officer Eston Kohver.
They FSB abducted Kohver from inside Estonia, convicted him in a show trial, only to exchange him for an FSB spy arrested in 2012! Lithuania’s intelligence agency warned in its 2015 annual report that Russia infiltrated not only its armed forces, but those of other NATO members as well.
The Czech Republic’s Security Information Service confirmed large numbers of Russian intelligence operatives are active inside their country.
Putin’s spy agency reach is far and his spies have recently been caught in Canada, the Czech Republic, France, Germany, and Poland.
Non-NATO allies have also been targeted. Russian agents spy on Swedish military facilities. They approach Swedish military personnel on a regular basis. Sweden’s security service (Saepo) estimates that one-third of Russia’s diplomats in Stockholm are spies.
Not surprising, the U.S. busted a Russian spy ring in New York City just last year. They recruited U.S. citizens as spies and stole economic intelligence. In 2010, Russia’s espionage activities briefly came to the forefront of the American public’s attention when the FBI broke up a 10-person Russian spy ring. Then FBI described these Putin-agents as Russia’s "cream of the crop."
Overseas, American diplomats and NATO officials are continually harassed by Russian agents. An FSB guard recently assaulted an American diplomat outside the U.S. embassy in Moscow. A NATO officer at a Swedish restaurant was threatened by Russian agents who showed him pictures of his family while demanding information on alliance military exercises.
The Cold War hath raised its ugly head! President Trump will have to put more resources into the U.S. Intelligence Community’s efforts to combat Russian espionage and counterespionage operations.
Yeah, I know, 9/11 and radical Islam, ISIS, global jihad, etc. Putin took advantage of this tragedy that struck America. He knows where our Intelligence Community focuses its resources.
It’s time to redeploy our efforts on countering Putin, the intimidator. He’s bolstered his intelligence assets against the U.S. and NATO. President Trump must counter him and, as one American intelligence official put it, “play catch-up big time” with Russia.
Posted by Corey Pearson- CIA Spymaster at 12:41 PM