Although there are 17 agencies within the U.S. Intelligence Community (IC), the CIA is best-known for HUMINT, human intelligence. Hollywood has James Bond fixated in our minds, but not too many CIA operations officers have chased terrorists in a half-million-dollar vehicle. However, they do carry and use spy craft and spy tools that even “Q” would be jealous of.
Journey the Caribbean and Florida Keys with Corey Pearson- CIA Spymaster in the Caribbean- A great spy series for those who love tropical paradise and spy thrillers!
I visited CIA headquarters in Langley a few years back, and enjoyed seeing the robot fish and artificial insects that carried listening devices. CIA case officers are trained at the “Farm” to go into foreign nations undercover and recruit people to commit treason against their own countries by giving away information that the government wants to keep secret. Those people they recruit are called “spies,” although Hollywood calls all CIA agents spies, which they aren’t. The officers themselves, neither is James Bond in Britain’s MI6 a spy.
The vast majority of CIA employees are not case officers. Many are analysts, support staff and technology experts (Like “Q” in James Bond). Also, unlike Hollywood’s portrayal, the CIA cannot spy on U.S. citizens. The Federal Bureau of Investigation has the lead on intelligence matters in the United States, especially those directed against US citizens, like the FBI does domestically, but maintains on-going foreign intelligence collection in every corner of the earth it can plant officers into. 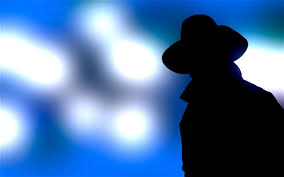 Sorry, Hollywood, but the CIA lacks agents who go “rogue” and there are no illegal, secretive operations going on under the radar. I met a CIA lawyer at a luncheon sponsored by the Association of Former Intelligence Officers (AFIO). His name was John Rizzo, and he explained that the CIA does not operate above the law. There are hundreds of lawyers hired by the CIA and their sole purpose is to make sure the CIA conforms to the National Security Act of 1947 and to the many Executive Orders that give authority to CIA activities. No, there are no “rogue” agents or conspiracy-theory operations going on out there (Sorry, Hollywood). Jason Bourne would have his ass in front of the House Permanent Select Committee on Intelligence (HPSCI) and the Senate Select Committee on Intelligence (SSCI) and then prosecuted and sent to a federal prison. That’s after the CIA’s Office of the Inspector General (OIG) nails him and the secretive CIA administrators who created the program Bourne got mixed-up in.
A “Spies” (CIA Case Officer) mission can be exciting when overseas, but much different than Hollywood’s portrayal.