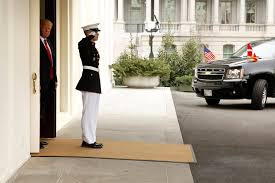 When the Trump White House announced that it would block public access to its visitor log, I thought of the Corey Pearson spy series “Penumbra Database” novel. In the novel, President Rhinehart used various subterfuges to hide or not reveal the real visitors to the Oval Office.


Apparently, President Trump is directly blocking off media and public access to all officials he meets, a move which breaks away from the Obama administration’s practice of openness. President Trump and my fictional POTUS Rhinehart both placed a cloak of secrecy over the basic day-to-day happenings within the White House.

Journey through the Caribbean and Florida Keys with CIA Spymaster Corey Pearson in "Penumbra Database." A novel with 5-Star reviews!

In the Penumbra Database novel, it was done after frequent terrorist attacks against soft targets within America’s heartland. President Rhinehart met often with General Morrison of the secretive Caribbean Basin Interdiction Force. CBIF’s mission was to stop the flow of sleeper cell terrorists from sneaking into the U.S. from America’s vulnerable southern flank, the Caribbean Basin. It was a counterintelligence move; he wanted to shield his activities from the scrutiny of activists, lobbyists, both political adversaries and supporters, and from his aides as well. National security took priority over openness.


Here’s a short transcript of one meeting between President Rhinehart and General Morrison, the director of CBIF:


Rhinehart looked back at Morrison, who was seated on a matching couch across from him. "As you know, our meetings never happen, especially this one."


"I understand fully, sir." Morrison knew the modus operandi well. All his meetings with Rhinehart go unreported, so to speak. A fictitious name appears on the White House visitor's log and the press release simply says that the president had coffee and a chat with an outside consultant over "domestic and foreign policy issues." The records lack identifying details beyond the fabricated name, and typos often occur by design.


On several occasions, Morrison used a name of someone who was cleared to enter the White House but never actually showed up. Since the surge in terrorist soft target hits on America intensified since 2018, the Supreme Court ruled that the White House can keep secret the records of visitors who enter the building. They're not subject to disclosure under the Freedom of Information Act (FOIA).


"The intelligence that Corey Pearson gathered is very disturbing, indeed. I have sent the USS Caribbean Sea amphibious assault ship on a training exercise off the eastern coast of Great Abaco Island in the Bahamas."


Since terrorist sleeper attack cells haven’t attacked inside the U.S. for a while, I wonder if President Trump is correct in blocking access to his visitors log? Will someone challenge his move under the FOIA? The Trump White House communications director Michael Dubke said the decision to reverse the Obama-era policy of openness was due to “the grave national security risks and privacy concerns of the hundreds of thousands of visitors annually.” The current administration is relying on a federal court ruling that most of the logs are “presidential records” and are not subject to the Freedom of Information Act.


What do you think? Please take the poll and see how your opinion compares to others: Should President Trump's Visitors Log be blocked from public view?