A tribute to America's fallen soldiers and intelligence operatives 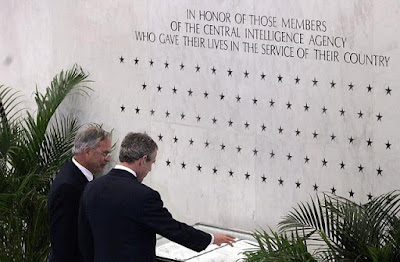 Mrs. Van Houten, the lady around the block


It’s odd how childhood experiences shape many of our adult sensitivities. As a preschooler growing up in the quiet, tree-lined bedroom community of Rocky River, a far western suburb of Cleveland, I experienced this phenomenon.


My neighborhood was familiar and friendly. Few new people moved in or out and everyone knew everyone else. At age four, I was pretty much on my own since both my older brothers attended 3rd and 6th grades at nearby Kensington Elementary School.


One day, my mom asked me to visit an older friend of hers who lived around the block. My mom was age 36 and her older friend was probably around age 50. She told me her name was Mrs. Van Houten and she would be waiting for me with homemade chocolate chip cookies, my favorite!


I made it around the block and knocked at her door in less than a minute. The year was 1951, and I discovered paradise! Her back yard had a log cabin play fort full of toys and parked alongside was a solid steel fire engine pedal car painted with a bright-red, lead-based paint and a shiny chrome steering wheel and detachable ladders.


Mrs. Van Houten sat on her back patio, sipping coffee, and watched me play. I’d take a break, sit down with her and gobble down a few more chocolate chip cookies while we played Mr. Potato Head, sticking face pieces into a real potato. Back then, the game only had the face pieces!


Suddenly, I noticed her eyes grew watery. I asked her why she was crying. She laughed, then wiped her eyes, patted my head and said, “I’m fine, Bobby. It’s just that our son used to play out back here.” I was only age four but knew not to pursue the matter further.


After a fun day of playing in my new-found paradise, I returned home and told my mother what happened. I had no concept of what or where Korea was or that eight armored North Korean divisions attacked across the 38th parallel and invaded the Republic of South Korea. Other than my pet hamster dying, I had no concept of death and couldn’t imagine that 37,000 American army soldiers and marines were killed in driving them back north. I didn’t know that Mrs. Van Houten’s son was one of the fallen and that he joined the army at age 19… and never came back home.


My mother replied to me, “It’s pretty hard to explain, Bobby. But, I know that it would be nice if you visit my friend now and then… I think she’d like that.”


Yes, it’s odd how childhood experiences affect us later in our adult lives. Even though that experience happened 67 years ago, every time I hear of  young American soldiers or intelligence operatives killed somewhere around the world, my mind flashes to their loved ones who were waiting for them to come back home. My mind wonders back to the lady I used to visit who lived around the block who made chocolate chip cookies, Mrs. Van Houten.