DEAD DROPS, a spycraft still used by CIA, FBI and our enemies 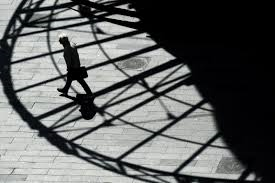 For almost three years starting in the fall of 2015, a 56-year-old Chinese-American tour guide named Xueha "Edward" Peng would periodically carry out a strange errand: Every few months, he'd book a room at a certain designated hotel—first in California and later in Georgia—and leave $10,000 or $20,000 in cash in the room, inside a dresser drawer or taped to the bottom of a desk or TV stand. Later, he'd come back to the room and search out an SD card similarly taped to the underside of a piece of furniture, sometimes in a package like a cigarette box. He'd pick it up, leave, and later board a flight to Beijing, where he'd personally deliver the card full of classified secrets to his handlers at China's Ministry of State Security. Click HERE to learn more about this story.


The CIA has used dead drops for years to pass items or information between two individuals (e.g., a case officer and an agent, or two agents) using a secret location, like Peng did in the hotel room. It did not require him to meet directly with a Chinese spy, thus reducing the chance of getting busted if either him, or his contact, was being tailed by the FBI.