This latest issue (Tuesday, January 5, 2016) of the "Spy Agency Happenings!" newspaper highlights female spies and women intelligence operatives and analysts who have proven their worth throughout the global intelligence community.
For example, Israel's Mossad has elite women working for "the family" and Gail Foliard, one of the women suspected of killing Mahmoud al-Mabhouh in Dubai follows a long line of Mossad female agents. In fact, the spy agency's greatest female assassin was Sylvia Rafael, who brought down the masterminds behind the 1972 Olympic massacre.
This January 5th issue reports how some say the highly-trained female agents of  Mossad leave their male compatriots in the dust (sorry guys). One article I found reveals five womanly agents who spoke about their "movie-style" lives in the dark, undercover world dominated by deadly efficient femmes fatales. The Israeli publication Lady Globes did the interview with them and delved into a shadowy world where female wiles can be a significant advantage.
You'll also learn about Stella Rimington, who became the first woman to head MI5 in an article I found in Stylist. The publication interviewed her but was ordered to delete the tape afterwards! The journalist was in the Thames House in central London waiting to meet the female MI5 agent and it turned out to be the strangest assignment ever. MI5 is one of the most secretive organizations in the world and it was three months prior when some "PR" outfit called the Stylist, offering a client for interview without offering who their client was!
The journalist thought it was about a celebrity who was releasing some new perfume line, or something of that matter. So, the writer stated that the Stylist needs to know who the interview is with. The "PR" firm confessed: "It’s MI5. Would Stylist want to interview an intelligence officer?”
This January 5th issue of "Spy Agency Happenings!" also reveals China's use of "honeytraps" to get top secret info from British intelligence officers. I found several articles that tell how they deploy "hundreds of beautiful women" who lure ex-MI6 officers into bed. Lucky devils!
I enjoyed the spy thriller movie "Salt," where Angelina Jolie takes on the role of Evelyn Salt, an American spy on the run for, perhaps, being a Russian double agent. So, I added a neat article about it in the January 5th issue along with a look back at other tough, undercover ladies in film. You'll find these in the "Art & Entertainment" section.
You'll also meet the real-life Anna Chapman, who is now a television star and lingerie model back in Moscow. She and other Russian spies were caught by the FBI last year  before they came dangerously close to accomplishing an undercover espionage mission against  the United States. According to FBI Counter Intelligence Assistant Director Frank Figliuzzi, they were well on their way to penetrating foreign policy circles after befriending a friend of a sitting Cabinet official. They were about to get their hands on the most sensitive data they could, but FBI Counter Intelligence took the operation down before any classified information changed hands.

Don't miss out! Subscribe below to the free "Spy Agency Happenings!" newspaper and get this issue about female spies and also get future publications for free and keep up-to-date on timely events occurring in the U.S. and foreign intelligence agencies!

Robert Morton, M.Ed., Ed.S. is an adjunct professor and member of the Association Of Former Intelligence Officers (AFIO). He authors the "Spy Agency Happenings!" newsletter and the online spy series "Corey Pearson- CIA Spymaster in the Caribbean". His views are his own and do not represent those of any organization he is a member of. You may contact him on the Secure Contact Form.
Posted by Corey Pearson- CIA Spymaster at 9:56 AM 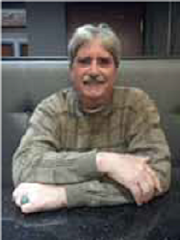 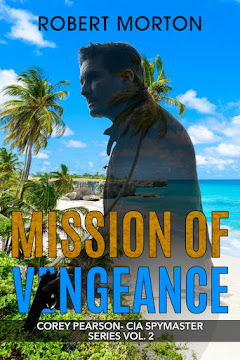 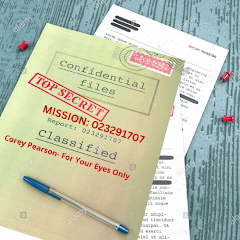 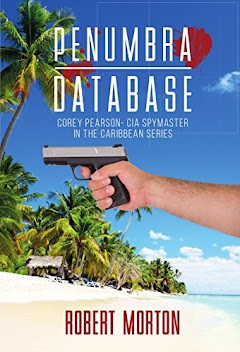