THIS NEWSLETTER IS ALL ABOUT WEBSITES ON TERRORISM, NATIONAL SECURITY & RADICAL ISLAM 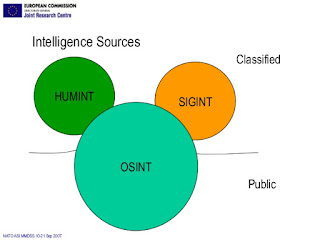 
Below are 59 Public OSINT resources I search through often to find timely information on issues involving national security, home grown terrorism, overseas terrorism, and other intelligence issues. If you are a journalist covering the Intelligence Community (IC) beat, a writer of spy fiction (or non-fiction), an intelligence professional who is retired or still working inside the IC, or simply a curious spy buff, these resources are for you.
Hint: When I have a timely topic to research, I often find it directly on the home page of these resources. If not, I type it in to the "Search" box, which most of these resources have.
You will be amazed at the information you collect. Enjoy!

The Aviationist is run by David Cenciotti, a journalist based in Rome, Italy, who launched the blog in 2006: since then, it has grown to become one of world’s most authoritative and read military aviation websites.

Independent Strategy & Intelligence Study (ISIS) is composed of retired military members who served in the US Army Special Forces and served as Intelligence Analysts in the Air Force, Navy, Army or Marines. Their goal is to educate Americans on the threat posed by ISIS and similar groups in the Middle East and Africa.

In addition, these sites offer even more OSINT resources:

Don't miss out! Subscribe below to the free "Spy Agency Happenings!" newsletter and keep up-to-date on timely events occurring in the U.S. and foreign intelligence agencies!